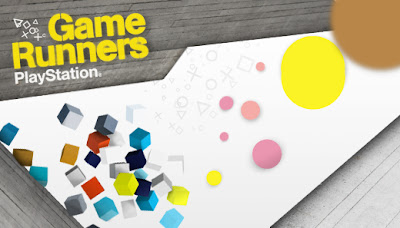 PlayStation
Game Runners is an experimental project where PlayStation, members of the public and young people from diverse backgrounds have come together to create social games; PlayStation
believe the best games are played as a
group.

About BLOCKS:
BLOCKS is a three-dimensional game of strategy and precision movement.
Two opposing players take it in turns to place the blocks in a 2 x 2
tower. Every face of the block has a PlayStation symbol on it. When a player
places a block the symbols on all touching faces
must match. 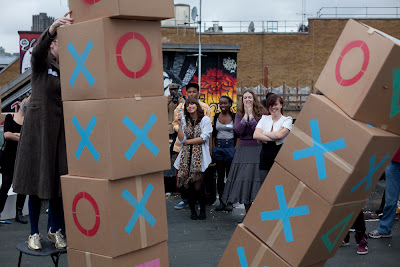 Here’s the tricky bit: all the blocks are a little bit uneven, and so
stacking a high tower gets harder and harder. The player who lets the tower
topple, or who runs out of time to make a move, loses the game. You’ll need a
logical mind and a steady hand to triumph!


Now that BLOCKS has been announced as the winning game it will be put forward into development and the public will have the chance to check out the game on Friday October 8th in London during an open day where anyone can drop in and try BLOCKS followed by a competition in the evening.


The venue has yet to be confirmed, so keep your eyes on ilikeitalot.blogspot.com for further info as we will be the first to know.