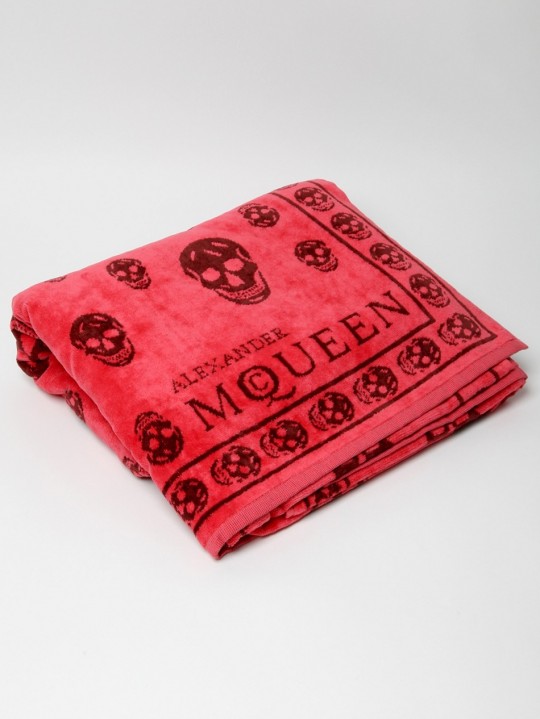 Think Miami beach 2012 statement pieces inside your duffle bag, stand out beach style but not to loud…then picture packing a must have Alexander McQueen accessory. Originally released in as part of the Alexander McQueen’s Fall 2011 beach concept collection. Undoubtedly the one that got away as many were unaware of these stunningly simple and charming must have cotton towels featuring McQueens signature skull motif, and brand logo signature. Increasingly more difficult to locate these vintage towels were originally available in Blue, White and Pink at Oki-ni and Selfridges department stores for £110, however there has been no confirmed re-release for 2012.