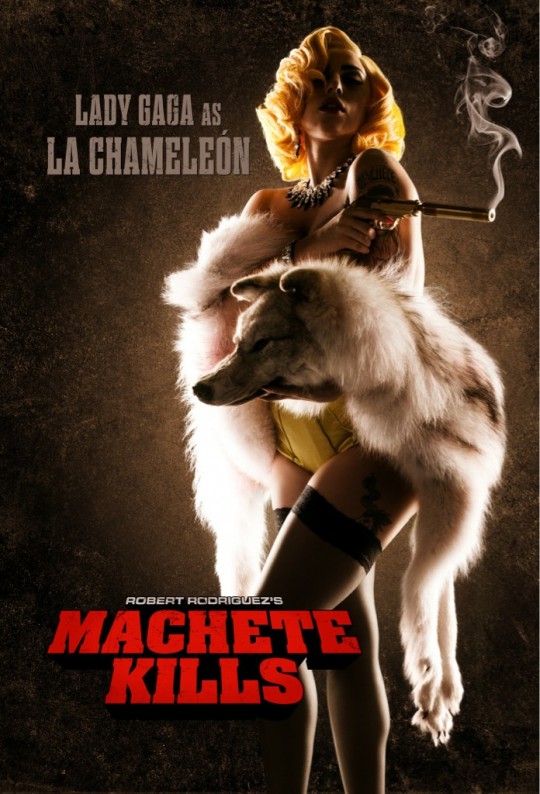 The pop superstar has announced on Twitter that she will make her feature-acting debut in director Robert Rodriguez’s upcoming Machete Kills, she made a quick appearance as an alien in Men in Black 3, but she’s making her official acting debut. She just finished filming her role—as the mysterious Lady Chameleon—yesterday. According to director Robert Rodriguez, who Tweeted a poster of Gaga in character, “She kicked SO MUCH ASS! Holy Smokes. Blown Away!” And the pop star Tweeted of her part: “IM SO EXCITED!!! AH! Filming was insane.”