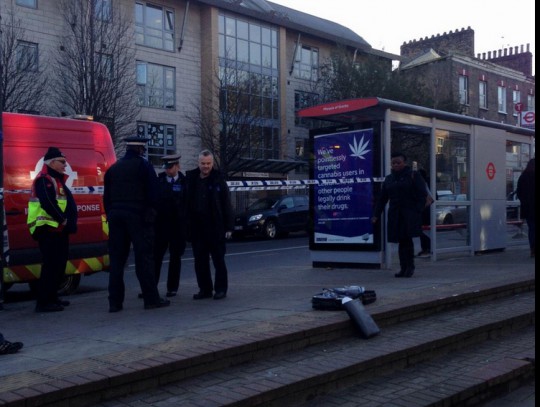 STRIKE! Magazine originally created the PSA style adverts and published them within their publication, these where then blown up and posted on Clear Channel owned advertising boards at locations across London, including a bus stop directly opposite Scotland Yard. According to the Independent online – The Metropolitan Police refused to comment. However the above image was captured by PR Professional Bobby Dean who said the below.

“I was surprised to see that the police had gone as far as cordoning the poster site off and there were as many as five men hanging around – presumably wondering what to do about it. Thinking about the message of the poster, I sensed a bit of irony in the excessive resource being used to tackle the relatively trivial matter and tweeted about it. Later on in the day when I walked by again, it had been replaced.”

The facts are correct and were made public by the Equality and Human Rights Commission.

The above image shows police cordoning off the anarchists poster. View more of the posters below. 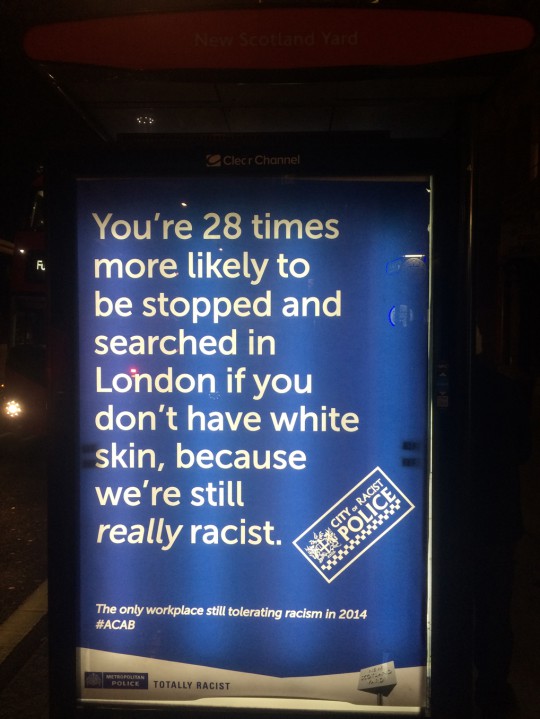 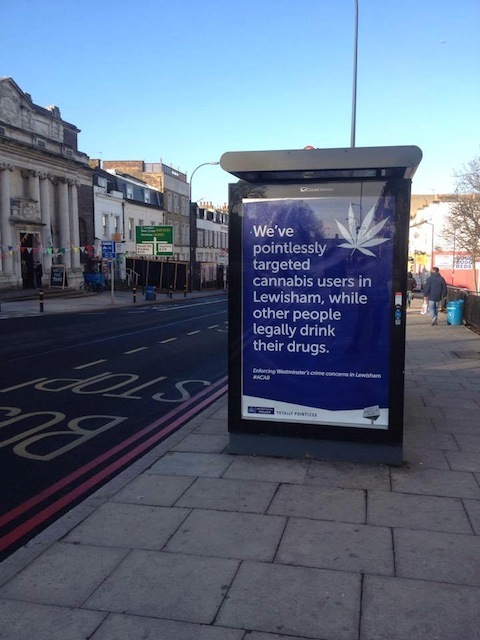