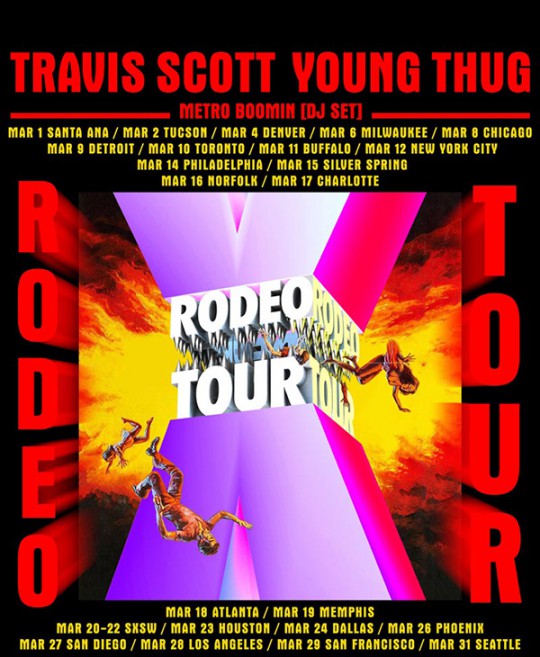 Tickets for Travi$ Scott’s joint tour with Young Thug went on sale this morning and feature a DJ set from DJ Metro Boomin. Check out the full list of cities and dates below.