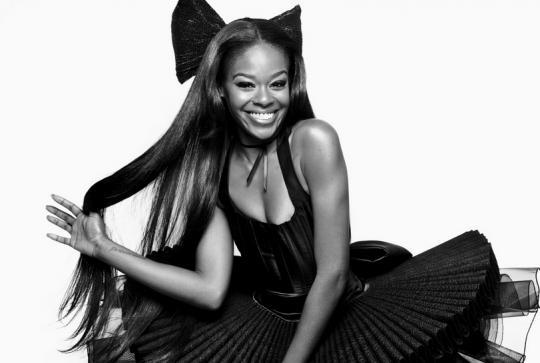 Today Azealia Banks confirmed that she will be starring in a new Lionsgate/Codeblack Films motion picture film titled “Coco.”Directed by Wu Tang Clan’s RZA from a screenplay by Nicole Jefferson Asher, “Coco” will be produced by Paul Hall and has already starting filming in the U.S.

“I’m extremely excited and vigorously inspired to be working with Azealia Banks in my new directorial installment,” director Rza continues “producer Paul Hall and I have assembled a cool and eclectic cast to surround Azealia. Our story, which is set in today’s contemporary youth culture, will bring a new voice to cinema that needs to be heard.”

Banks will play a fiery 20-something female rapper named Coco. Set in Brooklyn, the film documents her struggles in pursuing a career in hip-hop, while also attempting to fulfill her parent’s expectations of finishing college. Having returned to school, Coco soon discovers the vivid world and ultimate power of the spoken word, where she finds her one true voice and an unlikely love in the classroom.