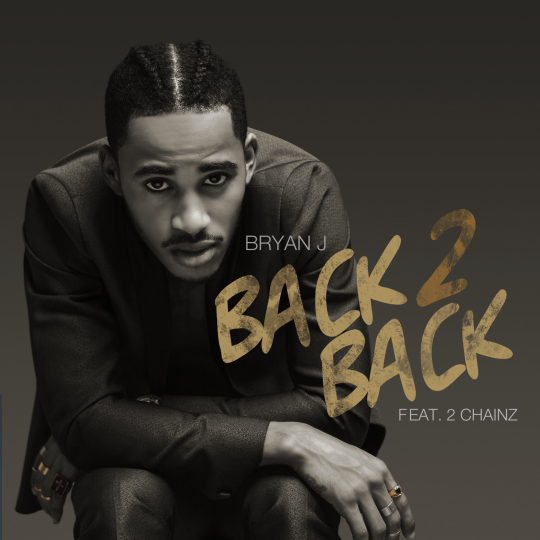 Singer / Songwriter Bryan J releases a new single titled Back 2 Back featuring 2 Chainz, read more about Bryan J and hear the track in full below.

R&B Recording artist BRYAN J has released his first official single since the abandoned 2013 single, ‘Caught Up’ featuring Tyga – entitled, ‘Back 2 Back’ featuring 2 Chainz. The two Atlanta-bred artists unite on what is slated to be a potential hit crafted by hit producer Tricky Stewart, and co-written by Kevin Cossom.
Tricky Stewart, known for songs like Beyonce’s ‘Single Ladies’, Rihanna’s ‘Umbrella’, and The Dream’s ‘That’s My Shit’, has another one to add to the list. ‘Back 2 Back’ has all the makings of a smash with Bryan’s falsetto, over the hard-hitting track.

Bryan first gained notoriety from the 2010 hit ‘Let Me Take You Out’ featuring Travis Porter. The song went Gold, hit almost 10 million views on Youtube, and has over 1.5 million streams on Spotify. Since then: false starts, several changes in management, the losing and gaining of record deals, and relocating to Los Angeles has hindered releasing music – until now.

Bryan took a step back from the industry, while preparing for this day and his upcoming project entitled “JUMP…”
“JUMP… has nothing to do with music but everything to do with me finding myself. The music was the gift through trial and error of being afraid to jump when I should’ve.”
Bryan, who recently signed to Wilhelmina Models, is also doing a $10,000.00 (ten thousand) contest to find out who can create the best Instagram or Vine to ‘Back 2 Back’. Anyone can enter: simply use the hash tag #back2back, and create an Instagram video or Vine of any kind with Bryan’s song ‘Back 2 Back playing for the duration of the video. The contest will begin July 20th, and the person with the best video will win $10k. For official rules, visit BryanJWorld.com, Facebook.com/Bryanjmusic, Bryanjmusic.tumblr.com, Twitter.com/Bryanjmusic, or Soundcloud.com/Bryanjworld