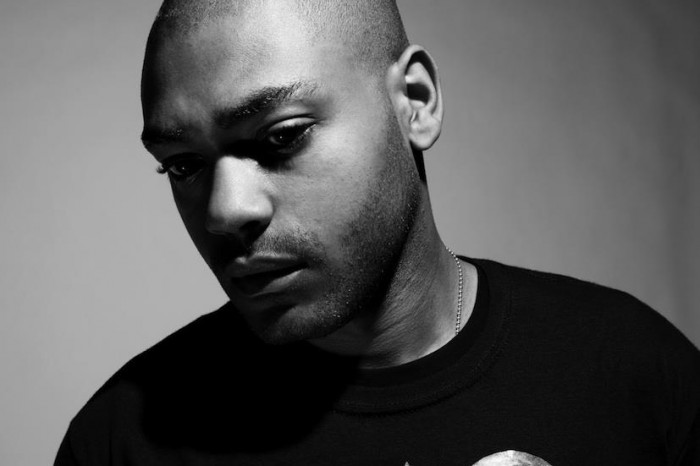 This year’s chapter of Lovebox is set to be even more special than usual. East London’s favourite festival are celebrating their 15 year anniversary – 15 years of music, 15 years of good vibes and 15 years of love.

One of grime’s greats, Kano, joins Lovebox Saturday following his explosive appearance in 2016. This year the MC will take his live show to the Main Stage, performing tracks from his Mercury-nominated album Made In The Manor, as well as classics and fan favourites from his almost two decade-long career.

Another new addition is Joe Goddard. The founder member of electronic legends Hot Chip and ½ of DJ duo The 2 Bears joins the Lovebox line-up ahead of the release of his highly-anticipated debut solo album Electric Lines, so expect some stellar new material.

Kopparberg is set to bring a taste of scandi-cool to Lovebox, making a welcome return with their popular Kopparberg Urban Forest, featuring a woodland bar serving up refreshments including its selection of delicious fruit ciders.

Kopparberg will also be supporting the very best in creative and imaginative live music, by hosting a series of pioneering artists and DJs on its renowned Urban Forest stage.

Music label and collective Soulection have also unveiled their line-up when they take over the Kopparberg Urban Forest on the Friday, with Soulection founder Joe Kay taking to the decks along with Jarreau Vandal, Hannah Faith, Andre Power and The Whooligan.

The full line-ups for the Corona SunSets stage have also been revealed, with Bobby Pleasure, Mr M, and Marshmello added to the Friday and Pete Herbert, Wayne Holland, Guy Williams and Vilma Rae added to the Saturday.

Corona SunSets will be bringing the smooth beats of the Balearics to Lovebox. Join the tribe and follow the Corona procession to the ultimate celebration of the sunset. Embrace the spirit of summer as night approaches. Watch the stage come to life as colours dance across the sky.

The individual line-ups for legendary clubbing institution fabric, back for a second year in the Park, have also been revealed, as have Noisey and Transistor hosted by Abode.

This year headlined by Frank Ocean and Chase & Status, Lovebox plays host to an eclectic billing – spanning genres from grime to house and hip hop – featuring legends and the hottest new acts alike, not to mention plenty of mischief to make and hidden corners to explore. 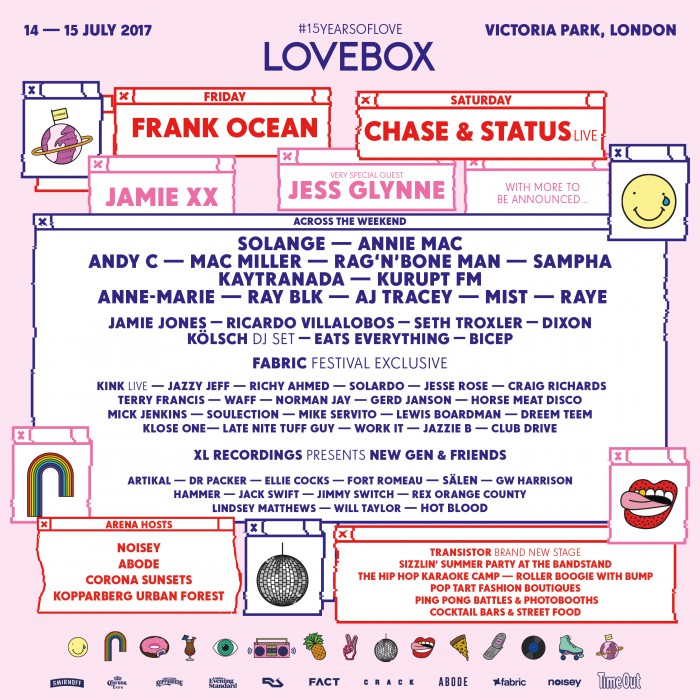 SOULECTION AT THE KOPPARBERG URBAN FOREST

WORK IT AT THE KOPPARBERG URBAN FOREST