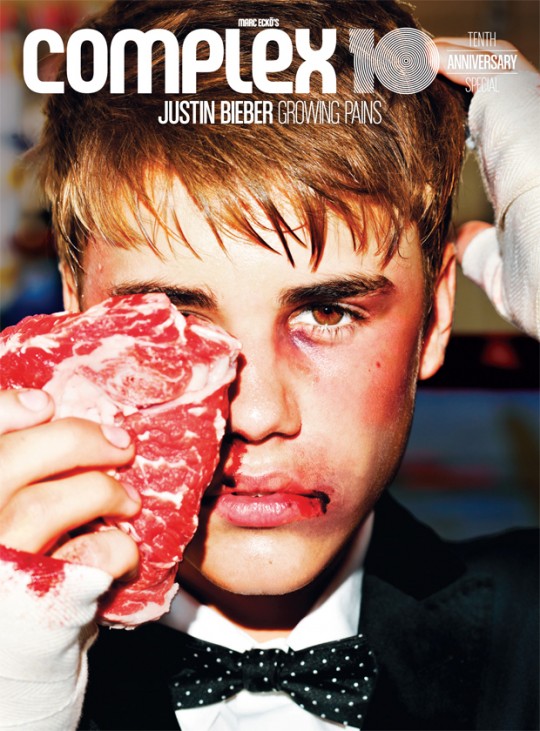 Growing up is a pain and 18-year-old Justin Bieber proves exactly that, by taking a serious beating on his two covers for the April/May 10th Anniversary issue of Complex magazine. A bruised and bloodied Beiber put some meat on his eye, while clad in a Dolce & Gabbana suit on his one cover and lays back in a torn Won Hundred shirt on his other Tony Kelly-shot cover. The ‘Boyfriend’ singer opens up to the magazine about going public with his relationship with girlfriend Selena Gomez. “There’s no way to hide the relationship completely, because then it would be unfair to us. It’s like, ‘You take this car, and I’ll take this car, and then we’ll meet up at the spot. Then, you go in this door, I’ll go in this door. We’ll end up crossing ways. You get back in this car. We’ll cross over, do a James Bond. You go through the kitchen. I’ll go through the back area. Then we’ll meet in the dressing room and see each other’”, Beiber tells Complex.