Dr. Dre & Kendrick Lamar On the Of Cover XXL Magazine 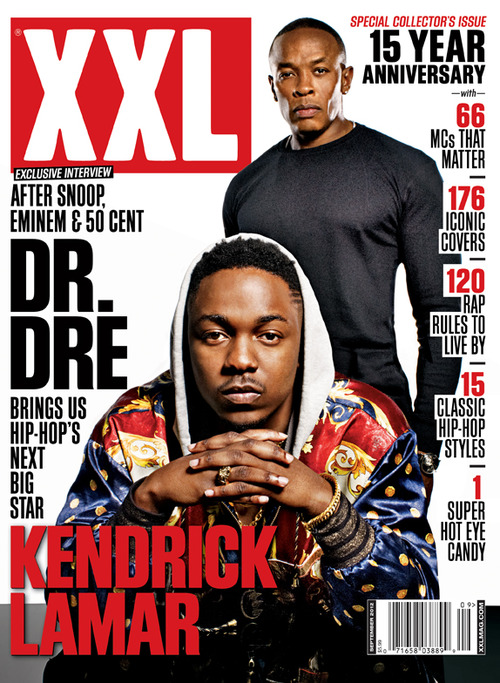 “It’s XXL’s 15th anniversary and there’s a very special cover for the mag’s important September issue: Dr. Dre and the newest signee to his Aftermath Records, Kendrick Lamar. The two Los Angeles natives linked up in their home state for a dope photoshoot by Scott Council and an in-depth piece by Kris Ex.”

“In the story, K. Dot talks about his new album good kid, m.A.A.d city, his family’s violent past, present and future while Dre reflects on his vision for the new MC and the rap legend’s ear. “I don’t have a crystal ball, but I believe that [Kendrick] has the potential to do some really incredible great things–things that are gonna make the veterans raise their eyebrows.”