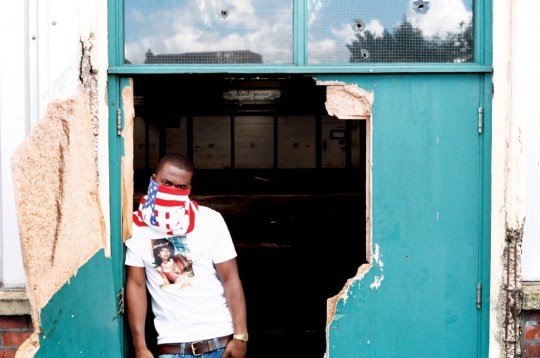 Imagine a post apocalyptic world, set in the near future in which only hustlers survive after all children under the age of eighteen and majority of the worlds population have been wiped out by a deadly virus, the city is no longer safe, leaving tribes of adults to survive in a derelict urban environment and forcing groups tribes into the rural country side. The mise en scene for the photoshoot a hazardous abandoned car factory, and the beautiful and tranquil forests outside of the city: the photoshoot captures the transition from the city to the forest as tribes that only wear colours red, white, blue and black. The tribe lookbook juxtaposes indoors against outdoors, darkness against light, man made against nature.