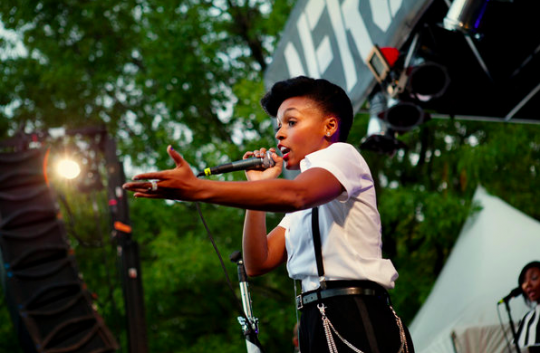 Introduced by undeniable forefather of the AfroPunk ethos Pharrell Williams, Janelle Monae came out to put on an amazing show for her fans at Afro Punk in Brooklyn, Defiant and Undefinable, We are Not Afraid to say that Janelle Monáe is the greatest perfomer Alive. Like at Glastonbury 2012 She Gave us he usual high energy style and had the crowd the Afro-Punk Festival in Brooklyn begging for more, she is better, greater yet different from your favorite Artist. We at I-Likeitalot.com Would like to define her performances such as incredible tale of triumph and tragedy, Clearly Like her a Lot we Would Like you to Go and Pick up her Amazing Album Metropolis — The Chase Suite and The ArchAndroid as she re-release of The ArchAndroid, The Electric Lady. This Beautiful Soul Janelle Monáe was chosen as CoverGirl’s newest spokeswoman, So Press Play for a Glimpse of her Performance Below