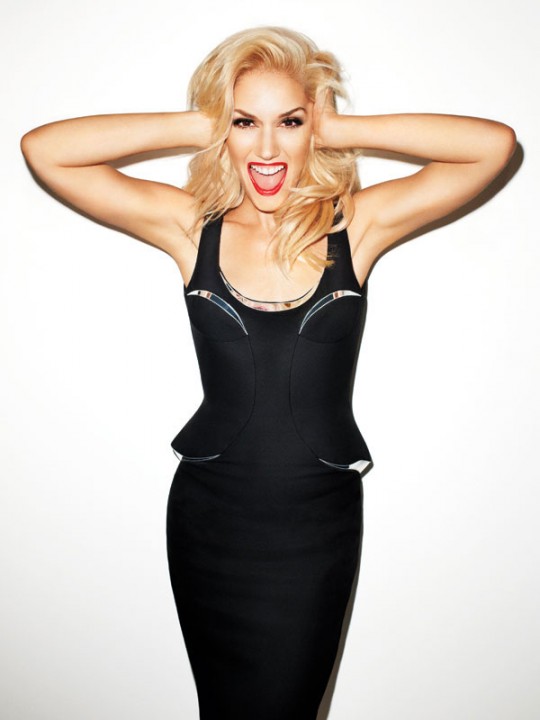 Singer and style icon, Gwen Stefani was never just a girl Shot by Star’s Photographer Terry Richardson Styled Up by the Fashion Editor Lori Goldstein for the Style and Iconic Magazine Harper’s Bazaar for an interview were they discussed about music, Inspiration, Family and More..

“When No Doubt was just starting out in the late ’80s, rehearsing in a studio that Gwen and her brother built in their grandparents’ house with bandmates, she wasn’t able to spend much time on girly stuff. She was one of the boys, taking shifts driving their first tour bus—a vehicle that got so greasy from the guys’ unwashed hair, she couldn’t see out of the windows. “I did my own makeup, my own costumes; I did everything myself. I didn’t even know there were stylists.” She made many of her now iconic music-video outfits, though she admits that she used a glue gun as much as a sewing machine. “I remember there was a point when all the guys were sitting around eating pizza, and I finally said I needed some help. So I got an assistant, but guess who he was? A roadie. He took my first Prada dress, which Gavin had bought for me, the first designer piece I ever owned, and he washed it, and it came back this big,” she says, indicating Barbie doll—size with her fingers.” Read the full interview Right HERE