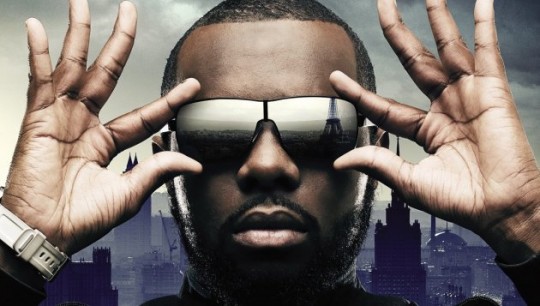 With the older generation currently fading away, there is a new french rap scene taking shape in the centre of Paris. With new leaders stepping in such as Despo Rutti, Youssoupha, Lefa and Maitre Gims, there are definite leaders paving the way for a thriving scene.

One of our current favourites is the rapper going by the name of Maitre Gims. He is an extremely talented artist from the already notorious crew “Sexion d’assaut” whose discipline involves singing, songwriting and rapping. It’s between singing and rap that he excels with songs like “Africain” and “Avant qu’elle parte” With striking lyrics and an almost super human energy, his records tell authentic stories which speak to the heart of todays disenfranchised Youth. Many people within the Hip-hop community consider him to be a pioneering force in the future of French Rap.

As a man from a distinctly musical background, Maitre Gims understands the true essence of music and rhythm. His most recent release, “Close Your Eyes” which you can see below, feature on a solo album entitled “Subliminal” on general release on the 20th May 2013.