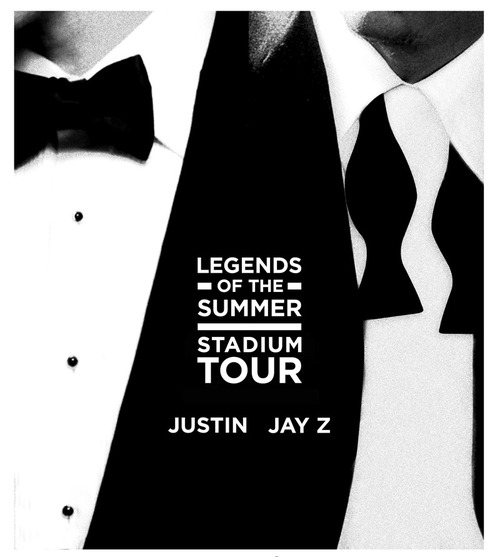 Since Justin Timberlake released the first single “Suit and Tie” off his upcoming album “The 20/20 Experience” there has been rumors of the two Artists joining forces for a Mega Tour. That’s not too long ago Jay-z Life+Times revealed and confirmed there will be a 12 stop stadium tour starting from July 17 in Toronto at the Rogers Center and major stadium around North america, check out all the dates after the jump