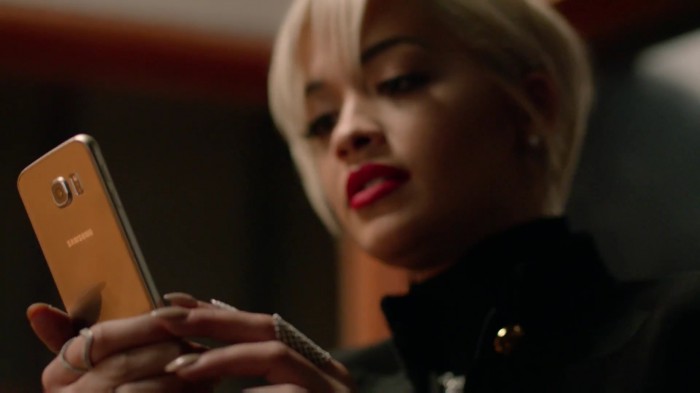 Rita Ora follows in the footsteps of Beyonce and inks an advertising promo deal with Samsung. The “Radioactive.” chanteuse promoted the advert for “Wireless Charging – Samsung Galaxy S6 Official TVC.” via social media platform Facebook with the below caption.

“Rita Ora knows what’s next: built-in wireless charging from the #GalaxyS6 and #GalaxyS6edge.”

Watch the commercial in full below.