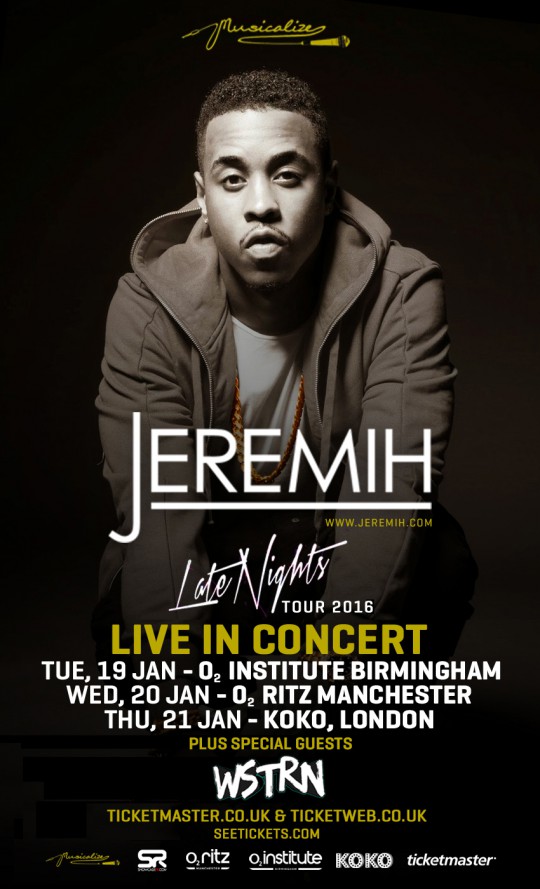 Following his surprise ‘Late Nights: The Album’ release on Friday 4th December, Chicago born R&B singer, songwriter and producer Jeremih Felton aka Jeremih heads to the UK in January 2016 as part of his European ‘Late Nights’ Album tour. Fans can expect to be treated to performances from his extensive back catalogue, his numerous collaborations as well as music from the new album.
Following last months Top 5 with their debut single ‘In 2’, WSTRN will be supporting Jeremih across all 3 dates.