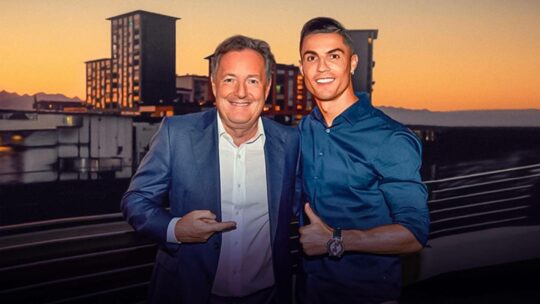 Footballer Cristiano Ronaldo sensationally lifts the lid on his return to Manchester United and tells Piers Morgan he feels he’s been ‘betrayed’ by the club in the most explosive interview of the year.Watch the full interview below.

In the first part of this Piers Morgan Uncensored exclusive, the Portuguese superstar reveals he came very close to joining United’s arch rivals Manchester City in 2021 and opens up on the lack of progress at Old Trafford since the days of Sir Alex Ferguson.

In a stream of bombshell revelations, Ronaldo criticises previous managers, fellow players in the first team squad and shows his vulnerable side by telling Piers Morgan about the death of his infant son and how it affected his partner Georgina and their other children.