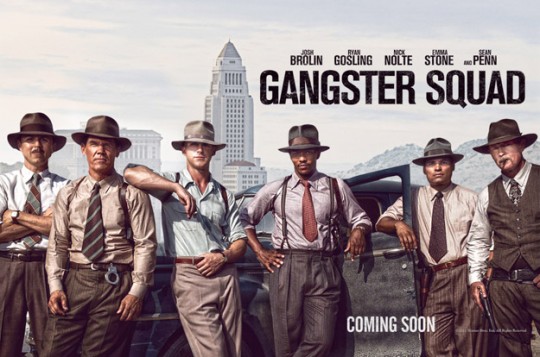 Under the direction of Ruben Fleischer (“Zombieland”), “The Gangster Squad” is a colorful retelling of events surrounding the LAPD’s efforts to take back their nascent city from one of the most dangerous mafia bosses of all time. The film stars Oscar® nominees Josh Brolin (“Milk,” “True Grit”) and Ryan Gosling (“Half Nelson,” “Blue Valentine”) as the LAPD’s Sgt. John O’Mara and Jerry Wooters; Academy Award® winner Sean Penn (“Milk,” “Mystic River”) as real-life mobster Mickey Cohen; Oscar® nominee Nick Nolte (“Affliction,” “The Prince of Tides”) as LAPD Chief “Whiskey Bill” Parker; and Emma Stone as Grace Faraday, The Gangster Squad is coming out October 12, 2012. 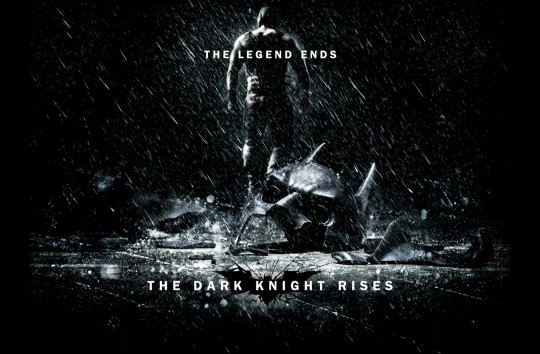 While it may be common knowledge that this summer’s blockbuster release, “The Dark Knight Rises,” will deliver the conclusion to Christopher Nolan’s epic Batman trilogy, the latest trailer suggests it may also prove the demise of DC’s legendary comic book hero. The third official trailer for arguably the most anticipated film of the year The clip gives us a taste of what’s to come from the hands of Tom Hardy’s villainous Bane including the destruction of city bridges, as well as a football field during a game in progress — plus a good look at Anne Hathaway as Cat woman, replete with cat ears, and Joseph Gordon Levitt as a Gotham City beat cop. The Dark Knight Rises, starring Christian Bale in the titular role, is the final chapter of Christopher Nolan’s Batman trilogy. It hits theaters on July 20th 2012, Have look below

Props to the Freshness mag 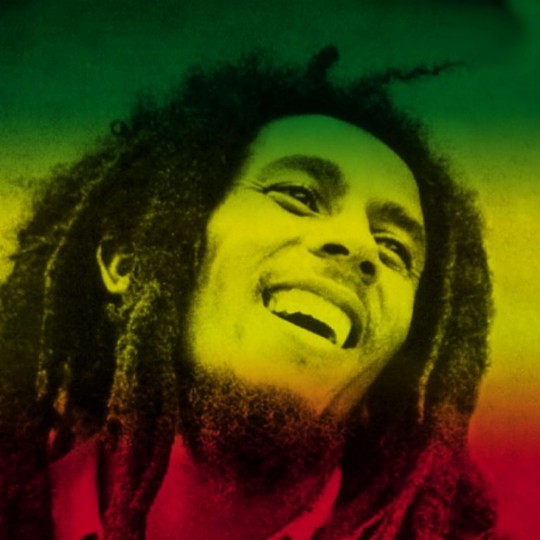 This past week-end Kevin MacDonald’s documentary entitled “Marley” was released. His documentary examines the life of the late Music Legend, singer-guitarist known as Bob Marley. This is a recollection of past events brilliantly put together from his rise, the poverty his work as a political artist to his global fame and tragic death. Few musicians in history have left such an enormous impact & legacy in this world as Marley in countless ways in which his story is inextricably bound to the musical and political history of Jamaica. We believe that Legendary Bob Marley’s true legacy is one of the great success stories of the 20th century and one of the most influential of all time. 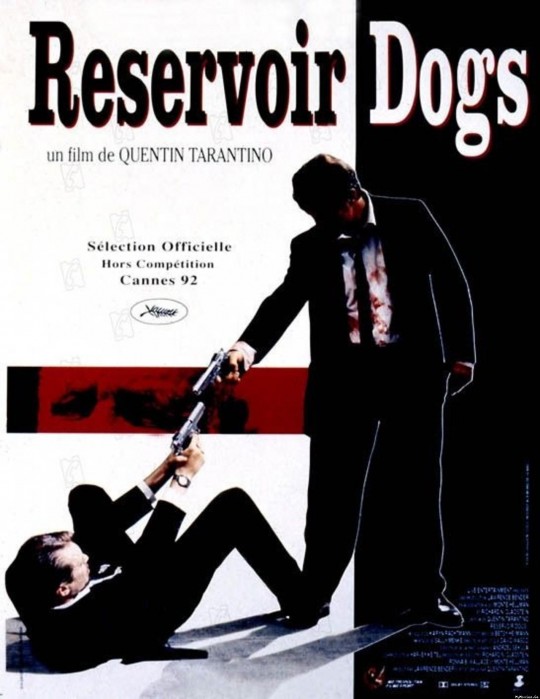 Reservoir Dogs is a 1992 crime film marking the debut of director and writer Quentin Tarantino. It depicts the events before and after a botched diamond heist, but not the heist itself. Reservoir Dogs stars an ensemble cast: Harvey Keitel, Steve Buscemi, Tim Roth, Michael Madsen, Chris Penn, and Lawrence Tierney. Tarantino has a minor role, as does criminal-turned-author Eddie Bunker. It incorporates many themes that have become Tarantino’s hallmarks: violent crime, pop culture references, profuse profanity, and a nonlinear storyline. The film contains key elements similar to those found in Ringo Lam’s 1987 film City On Fire that we also recommend you to watch. The film has become a classic of independent film and a cult hit. It was named “Greatest Independent Film of all Time” by Empire. Reservoir Dogs was generally well received, and the cast was praised by many critics. From us to you, We Liked it a Lot. 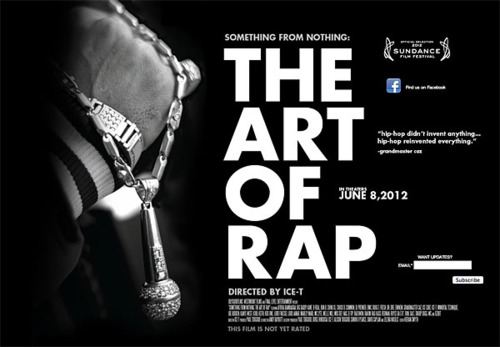 “Something from Nothing: The Art of Rap” is a movie exploring the journey of rap through its progressive eras to shed light on its growth into a globally dominating force in music and life. We look forward to watching this soon to be classic Documentary. In theaters: June 15th, 2012 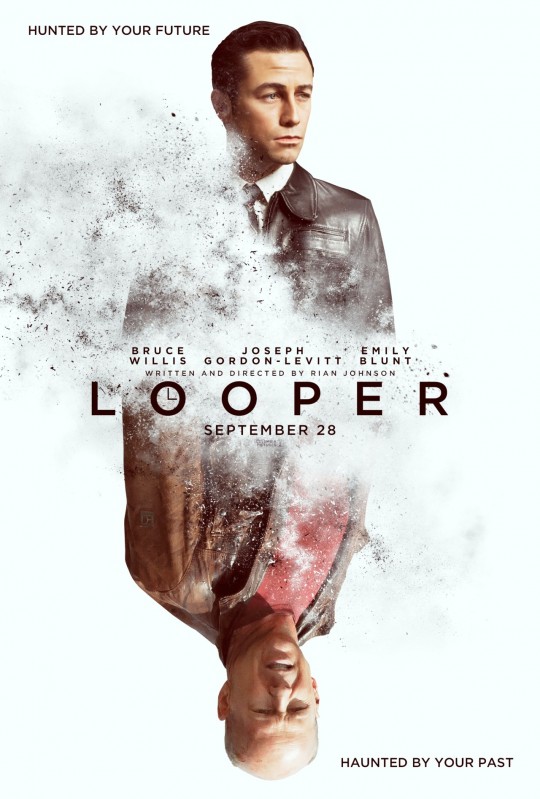 The first official trailer for Rian Johnson’s ‘Looper’ starring Joseph Gordon-Levitt, Bruce Willis and Emily Blunt. A killer who works for the mob of the future recognizes one of his targets as his future self. In the futuristic action thriller Looper, time travel will be invented – but it will be illegal and only available on the black market. When the mob wants to get rid of someone, they will send their target 30 years into the past, where a “looper” – a hired gun, like Joe (Joseph Gordon- Levitt) – is waiting to mop up. Joe is getting rich and life is good… until the day the mob decides to “close the loop,” sending back Joe’s future self (Bruce Willis) for assassination. The film is written and directed by Rian Johnson and also stars Emily Blunt, Paul Dano, and Jeff Daniels the movie will be In theaters September 28th, 2012

Early 1990’s cult science fiction classic Total Recall originally staring Hollywood stars of cinema Arnold Schwarzenegger and Sharon Stone, is set to be reworked featuring Colin Farrell and Jessica Biel. Directed by of Len Wiseman (Underworld), the trailer highlights the exact same storyline as the 1990 film, updated featuring Colin Farrell who plays the protagonist, Doug Quaid realising that his memories have been replaced with virtual memories from the total recall software package, and his perception of reality has been altered as he can now do things that he previously could only imagine. The action packed trailers cinematic reconstruction depicts a total re imaging of the film including a more realistic, futuristic, forward thinking, modern idea of the concept of Mars adding to the hype surrounding what is tipped to be one of the highest grossing box office hits of the year, released this Summer. 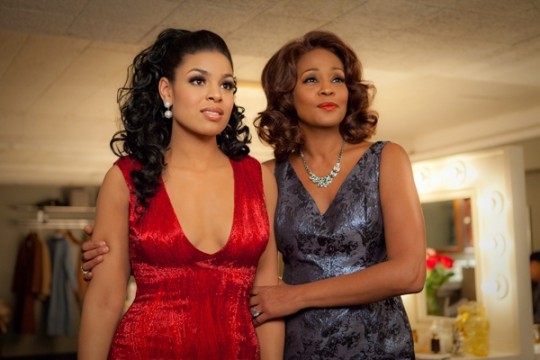 A trailer for Sparkle emerge not too long ago which features Whitney Houston’s final film performance. Sparkle marks Houston’s return to the big screen after a 16-year hiatus, her first starring role in a film released in theaters since she co-starred with Denzel Washington in The Preacher’s Wife in 1996. It will also be her last. Houston died February 11th at age 48 in her Beverly Hills hotel room. Sparkle stars Jordin Sparks as Sparkle Williams, one of three sisters from Detroit struggling with fame as a singing group in the Sixties. Houston plays the women’s mother, who had her own unpleasant experience with the music industry, and she is seen in the trailer warning her kids of its dangers. Cee Lo Green, Mike Epps, Derek Luke, Tika Sumpter and Amari Hardwick co-star. Watch the Sparkle trailer below. 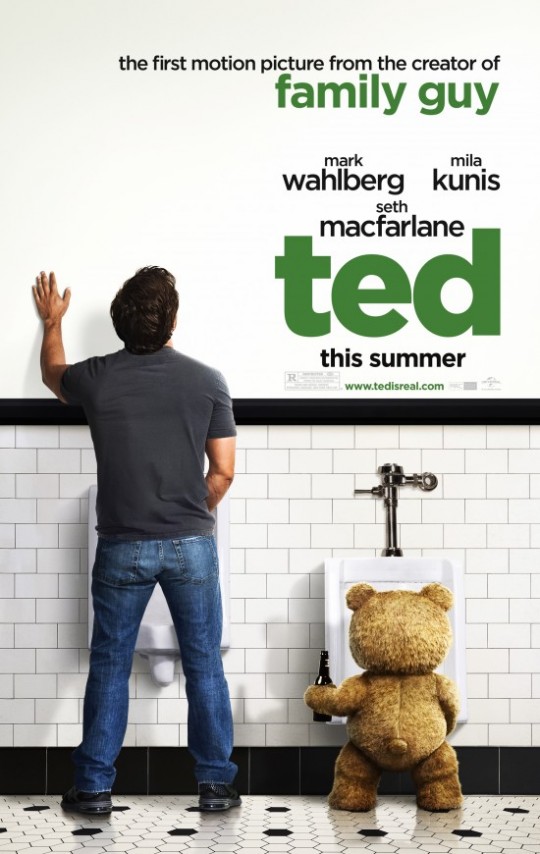 Family Guy creator Seth MacFarlane’s feature directorial debut Ted opens this summer, and we now have our look at the first trailer. The film stars Mark Wahlberg as a grown man whose childhood wish that his teddy bear would come to life suddenly comes true. The bear (played by Macfarlane using motion-capture) turns out to be a swearing, pot-smoking wreck who ruins Wahlberg’s life. The film is apparently pretty insane (Wahlberg previously told Steve that it’s incredibly offensive), with Mila Kunis, Joel McHale, Patrick Warburton, and Giovanni Ribisi rounding out the cast. Macfarlane and Wahlberg premiered the first footage from the pic this past weekend at the SXSW Film Festival and handed out the first poster to festivalgoers. Collider showed to us first and it’s now out for you to see your viewing pleasure. As you’ll see, it very much hints at the irreverent tone that’s sure to be on full-display. Check out the Trailer below as Ted opens July 13th 2012 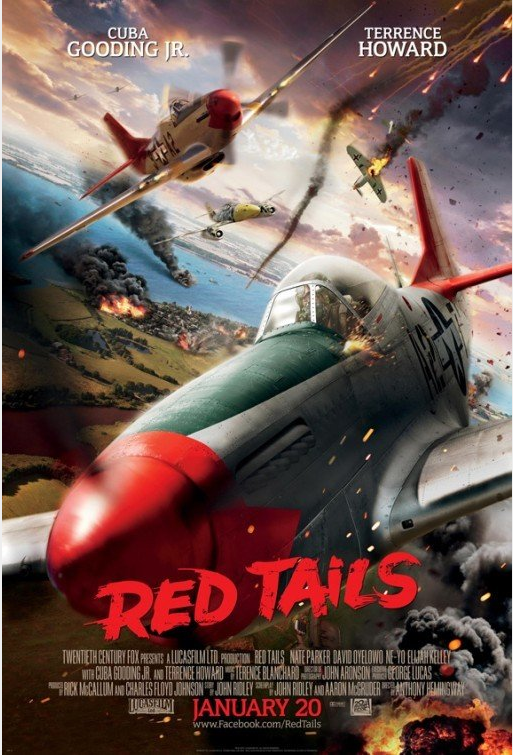 Director George Lucas says it took 20 years to get his latest film made, “because it’s an all-black movie”.

Speaking on The Daily Show, Lucas said he had to self-fund Red Tails, the true story of a group of African-American pilots who fought in World War II. He claimed major film studios would not back the movie because

“There’s no major white roles in it at all. I showed it to all of them and they said, ‘No. We don’t know how to market a movie like this. They don’t believe there’s any foreign market for it, and that’s 60% of their profit”

Lucas co-wrote and produced Red Tails, which was directed by Anthony Hemingway. It features several well-known names – including Oscar-winner Cuba Gooding Jr, Terence Howard and R&B star Ne-Yo – and shows how the pilots were segregated and kept on the ground for most of the war, until they were called up to fight for their country. The real-life airmen featured in the drama were given a Congressional Gold Medal by then-President George Bush in 2007.

‘Invisible’ audience : Lucas put $58 million (37.8 million) of his own money into the movie. It will be released by his company Lucas film, and distributed by Twentieth Century Fox. He is putting a further $35 million (£22.8 million) towards the distribution costs, said trade paper The Hollywood Reporter.

“It’s a reasonably expensive movie,” Lucas told Jon Stewart on The Daily Show. “Normally black movies, say Tyler Perry movies or something, they’re very low-budget. Even then, the [Hollywood studios] won’t really release his movies, it goes to one of the lower, not major distributors. This [film] costs more than what those movies make,”

Director and actor Perry, whose movies include Why Did I Get Married and the Madea series, is one of the most profitable film-makers in the US. However, he retains the rights to all his work – which plays almost exclusively to black audiences – and has previously stated that his fans are “invisible” to the Hollywood mainstream. Lucas’s comments echo those of Spike Lee, who criticised the lack of black faces in Hollywood war movies in 2008. Speaking about Clint Eastwood’s movies Flags Of Our Fathers and Letters From Iwo Jima, Lee said: “He did two films about Iwo Jima back to back and there was not one black soldier in both of those films”.

“I know it was pointed out to him and that he could have changed it. It’s not like he didn’t know.”

Eastwood later justified his choice of actors on Flags Of Our Fathers, saying that the African-American troops who did take part in the battle of Iwo Jima were not involved in the key incident in the film – where US marines raised the American flag on Mount Suribachi. The veteran actor argued that if he had deliberately “put an African-American actor in there, people would go: ‘This guy’s lost his mind'”. Lucas insisted that Red Tails was nothing like preceding war films, including 1989’s Glory which, although it starred Denzel Washington, featured “a lot of white officers running these guys into cannon fire”.