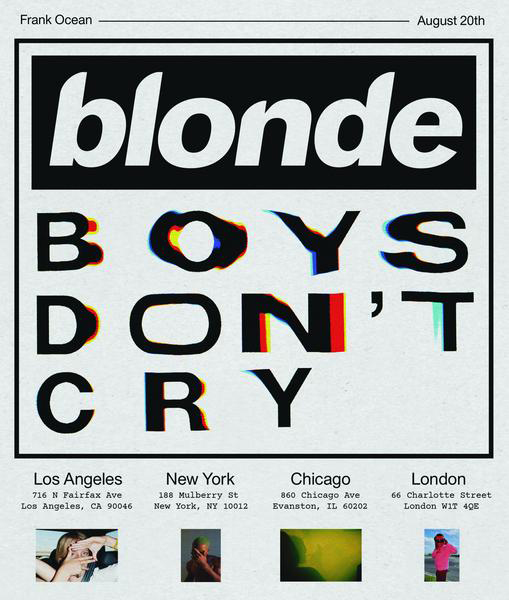 Frank Ocean’s Surprise album drop was punctuated by physical releases of the album via pop up shops in Los Angeles, Chicago, and London. Where fans were aloud to have a copy of Frank Oceans’ Zine “Boys Don’t Cry.” Which was sealed in silver packaging and contained a physical copy of Frank’s current album project “Blonde.” for Free (one copy per person) on Friday 20th August. At Approximately 1am on the 21st of August our Local pop up store appeared in Charlotte Street London

// The Evening Standard reports that by 2.30am there were no copies left. There has been no further details released regarding a restock of the Physical album. However there were reportedly 400 copies in the London store. Expect a second drop sometime this week. 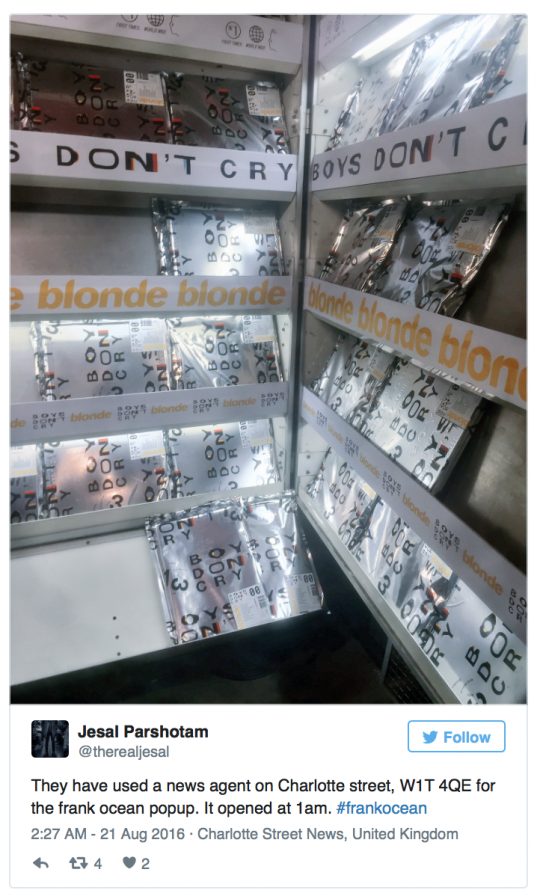 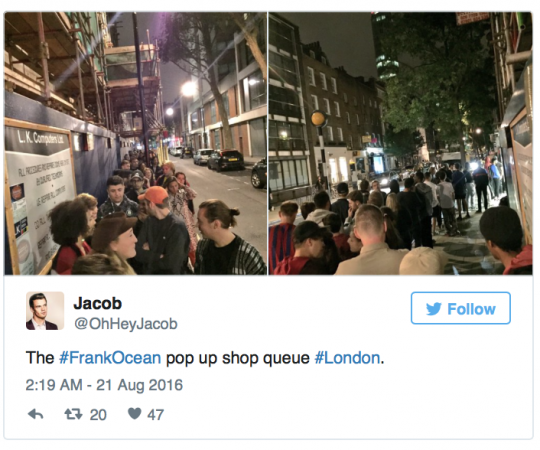