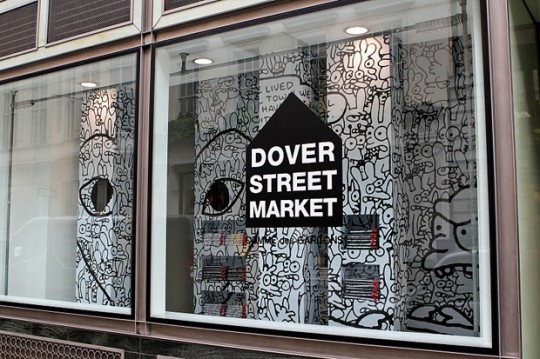 The collaboration between COMME des GARÇONS and Matt Groening, “capsule collection.” now has a flagship store at Dover Street Market. The walls were painted white and then images of “Binky & Sheba PLAY” featured on the T-shirts have been used to create an artistic backdrop which compliments and promotes the joint venture. The store’s interior windows, walls and support pillars are covered with several black and white prints that feature characters from some of the artist’s most popular comic illustrations however this collection does not feature the artists most popular comic illustrations “The Simpson.” The limited edition “capsule collection.” uses black and white t shirts, cartoon style illustrations and bold red heart designs similar in resemblance to the striking simplicity of Lazy Oaf but with extra emphasis placed on simplicity, originality, style, authenticity and pattern which COMME des GARÇONS provides. 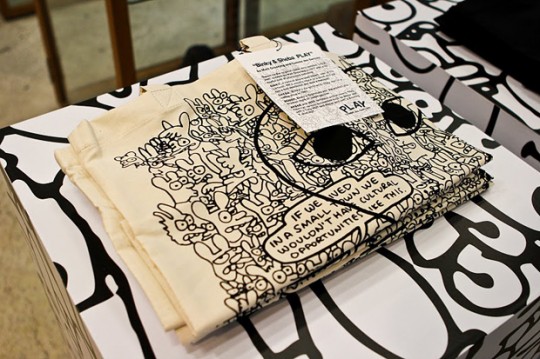 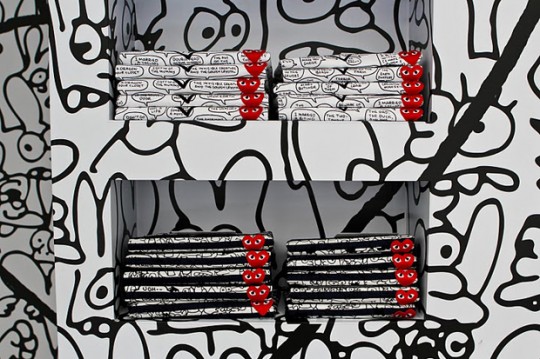