Initially released as a free download during the Good Friday period,  when Kanye West released a new free download track each Friday between October 2010 and Christmas via his official website. One of many stand out tracks rumoured to be included on Kanye West x Jay-Z collaborative album “Watch The Throne.” is “That’s My Bitch.” which features the vocal stylings of Elly Jackson of La Roux. In a recent interview with MTV, when asked what sound and direction “Watch The Throne.” would take, Kanye said that the album is “going to be very dark and sexy, like couture hip hop.” Watch the throne is due to be released Summer 2011 by Def Jam Recordings. Here what the track sounds like now. 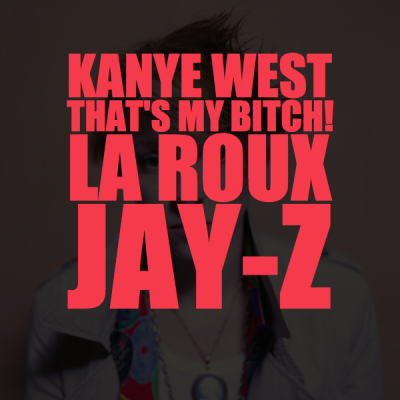