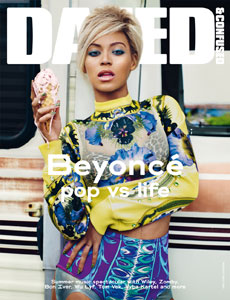 “I needed some time to live. I’ve been signed to the same label since I was 12 years old and never had more than a month and a half off since I was 13. I’ve worked so hard for so many years and just felt like, ‘Well, why not?’”

Read more about Beyoncé and new album 4 as well as her time away from the music industry in the July issue of Dazed & Confused, out now.