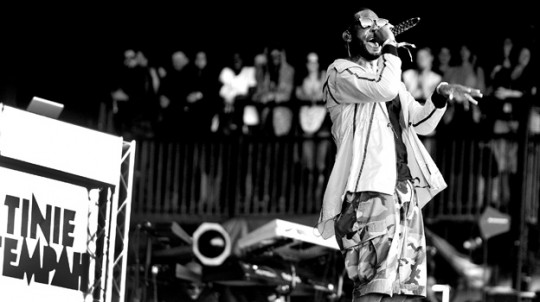 Tinie Tempah arrived at the Pyramid Stage this time as a headlining act, adding to the milestones of achievement this year for the South London MC. Tinie was invited to perform on the festival’s biggest platform in 2010 with Hip Hop Legend Snoop Dogg in a special rendition of his hit single Pass Out. Tinie Tempah performed a catalogue of hits from his debut album Disc-overy.