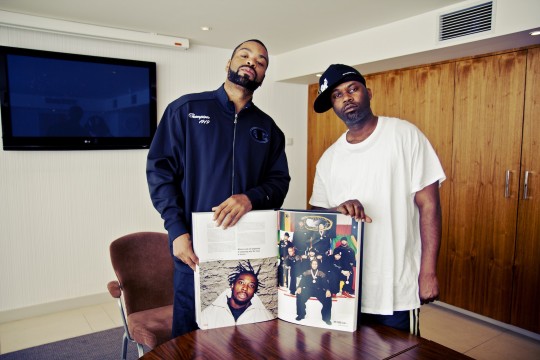 Without a doubt the hottest ticket in town:

“Red Bull Studios London will host the UK launch of the mammoth 420 page book documenting the past four decades of hip hop. The giant publication is like the Magna Cater of hip hop with an introduction written by Afrika Bambaata and over 70 articles penned by influential journalists covering over 30 aspects of hip hop culture including: production, breakdancing, turntablism and lyrical flow. Compiled by hip hop fanatic and former A&R, Jordan Sommers he writes: “Our goal was to create a comprehensive, credible, and celebratory testament to a phenomenal culture that has educated and entertained people the worlds over.” – Red Bull Studio