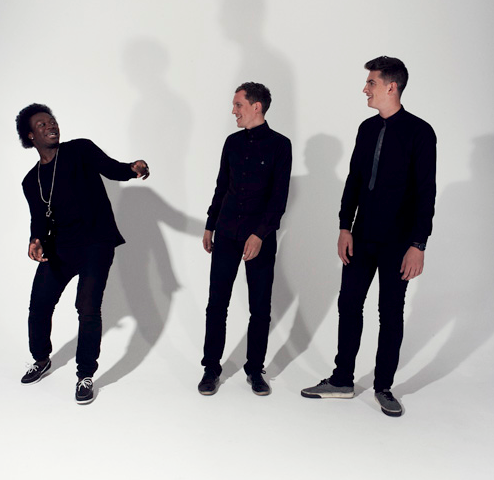 Magnetic man turned in a high power, bass driven set at the itunes festival @Roundhouse Camden 26th July 2011 without a doubt one of the highlights of the entire festival. A young boisterous crowd sang along to all their favourite magnetic man hits, complete with hot girls at the front of stage. Once Anthemic dropped the crowd proceeded to create a mosh pit, where over enthusiastic fans elsewhere within the round house mounted shoulders. All in the name of good, hot sweaty fun. The famous Roundhouse sound system sounded spectacular as the base and treble vibrated tunes including Flying Into Tokyo, I Need Air and Boiling Water helped create a euphoric atmosphere. Never before has dubstep featured as a part of the itunes music festival, automatically making this an event that was instantly cool. Highlight of the evening was the re emergence of Katy B after previously headlining at the itunes festival last week Tuesday. The crowd chanted Katy B and she appeared, returning the favour to her Rinse FM affiliates by performing chart smash Perfect Stranger and Cross Over. The impact of the short set was nothing less than epic the crowd proceeded to get chant we want more which was sadly ignored as the lights came on.