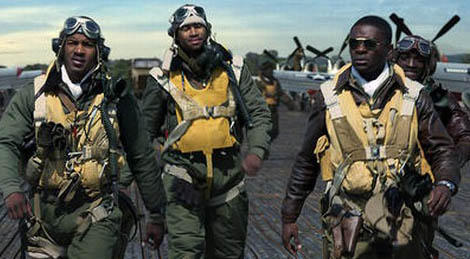 “1944. World War II rages and the fate of the free world hangs in the balance. Meanwhile the black pilots of the experimental Tuskegee training program are courageously waging two wars at once — one against enemies overseas, and the other against discrimination within the military and back home.” – Yahoo.com

The first official trailer form George Lucas’ World War Two drama red tails has finally surfaced. The film looks spectacular and deserves to be a box office smash hit. The film is scheduled to be released in Autumn 2011. Special thanks to Actor Lucian Grant who made us aware of the film going into production back in 2009.