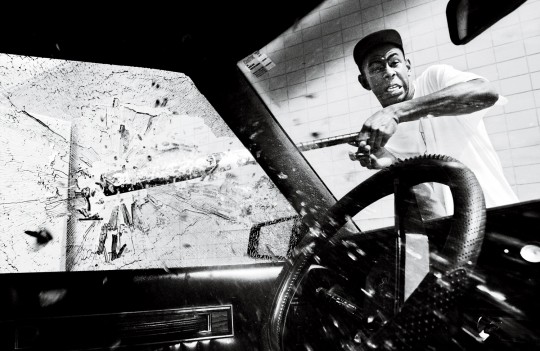 I guess with the Republican and Democrat having their campaign going on at the our favorite “anarchic” released this track entitled “F*ck this Election”.The creation was originally made during the previous 2008 Election period while Barack Obama took over The White House. Tyler is about to set a fire with the indelicacy of a blast of kerosene with this statement as he makes a couple of points. He also show is his ability to alternately come of as nerdy, nasty, poetic, threatening, disgusting, and funny in his song to a pretty decent lyricist. Press Play Below