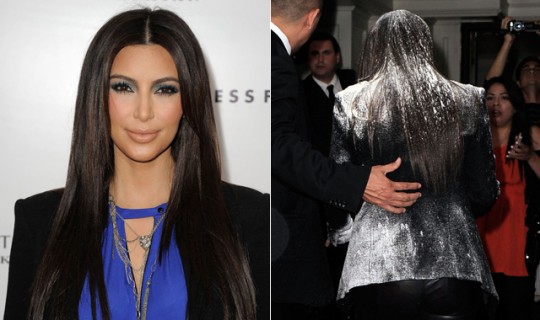 Reality TV personality Kim Kardashian was gifted with a flour bomb, however this was not the perfume made famous by Victor and Rolf. Kim, Chrissy Kardashian et al attempted to walk the red carpet for a charity event , whilst interacting with press, a deranged women invaded the red carpet and attacked Kim Kardashian pouring cooking flour over her head, the reason being Kim’s decision to wear animal fur. According to sources close to Kim Kardashian, she will indeed press charges against the female who claims to be an animal activist, to send out the message that “people have a right to their views but not to violent protests.” according to Sky News. Watch the footage below captured by TMZ.