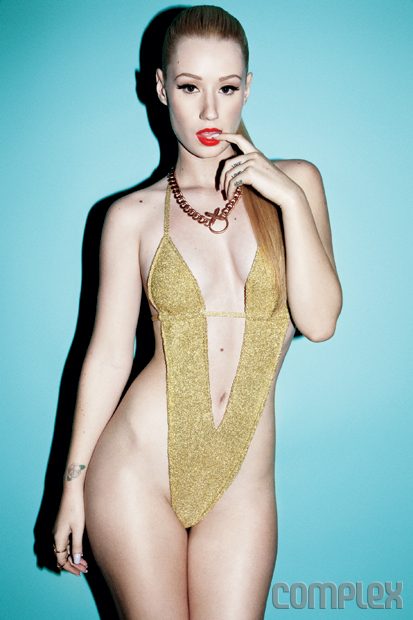 The australian songwriter and rapper Iggy Azalea started rapping at 14 in Australia. She is perhaps better known for her promotional songs “Pu$$y” and “My World” whose music videos went viral on YouTube. Iggy Azalea chops it down with the Good folks at Complex about her signed a record deal with Interscope Records in 2012, Her turnoffs, the difference between sexy and beautiful, and being mistaken for an adult film star. Her debut studio album “The New Classic” will be released in June 2012, and we are very excited about the future. After checking out the Gallery Peep the Scenes of Iggy’s photo shoot, Read more on COMPLEX Magazine.