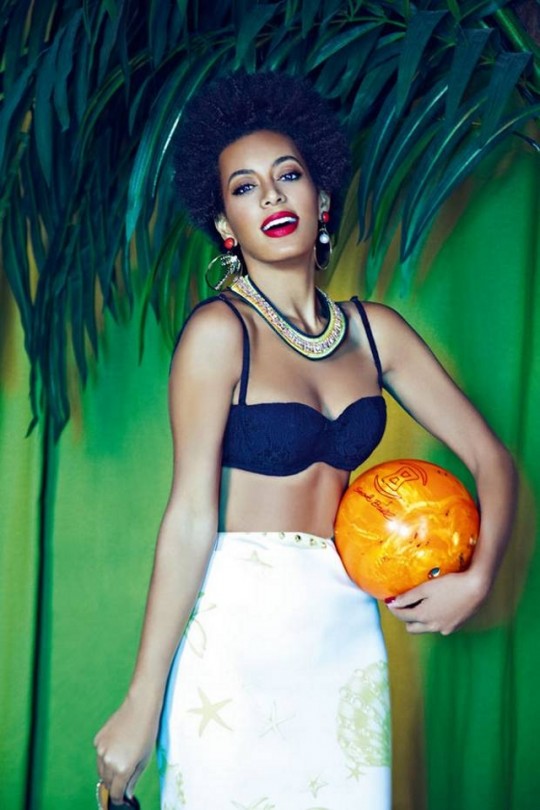 Singer/Songwriter and Model Solange Knowles covers Evening Standard Magazine complete with 7 page spread photographed by Jamie Nelson. The front page headline reads “Beyonce Who?” and the high fashion editorial spread accompanies an interview that chronicles Solange’s time line during the early years of Destiny’s child up till present day Life as a DJ, Mother, Model and Aunty to Blue Ivy. Solange also reveals that she is currently working on her third studio album, due for release later this year. Below an interesting pull quote from the interview:

“Why isn’t she signed to a major label? ‘i don’t think there is a need if you are able to fund it yourself and have a strong sense of development as an artist. it means that you aren’t dependant on some A&R dude to position you with writers or producers or figure out your next direction.’ She says. “Major labels act as banks in terms of how they produce and release your album. No Major label is really good or bad, they just 100 per cent operate as a business, which makes sense… no hard feelings.”

Check out the rest of the images from the feature below.