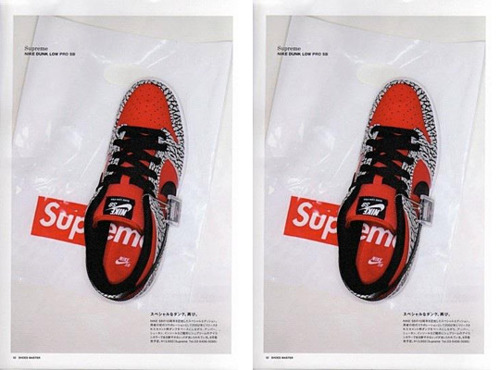 Following the announcement of its latest collaboration with Clarks, today we can bring you news of another collaboration from Supreme. Once again, Nike is front and center as we see the return of a collaborative Supreme Dunk Low Pro SB model, marking the 10-year anniversary of the original Supreme Low Pro SB release. The cement print that was featured prior returns, complemented by a bright red leather upper and black swoosh. It is unknown if a second colorway will also be available. Set for a release in June, the Supreme x Nike SB Dunk Low Pro has been given a Japanese retail price of ¥13,650 JPY (approximately £105 GBP). An official U.S. and UK price has yet to be announced.