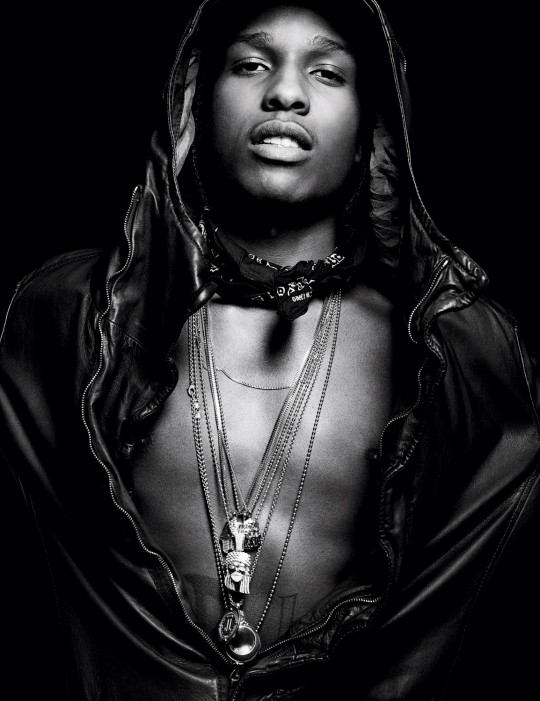 After being asked why a recent interest about Lana Del Rey, Trill Rapper from Harlem let them know how he feel :

”You didn’t know about me being a huge Lana Del Rey fan? That’s all I kept talking about all winter. I first had a crush on her from seeing her on the Internet— I fell in love with her voice the first time I heard it. I probably heard it in July, August for the first time, I think it was “Blue Jeans.” And from then on, I’m like…I love her! Mind you, we never even spoke to each other, and then in Complex [magazine], when she said I was her favorite rapper, I was like, ‘Oh fuck no, man. I gotta work with her! My dream girl acknowledges me!’

The official followup to his highly successful LiveLoveA$AP mixtape is likely to boast even more big names.

“I’m also working with Santigold, Pharrell, Hit-Boy — a few people, man. It’s getting crazy,” he says. For his collaboration with Hit-Boy, who produced The Throne’s “N***as in Paris” and Kanye West’s new banger “Theraflu,” Rocky says he doesn’t utilize his “usual flow that everybody’s so familiar with. I went kind of hard, but it was cool, it was easy. You’ll see.”