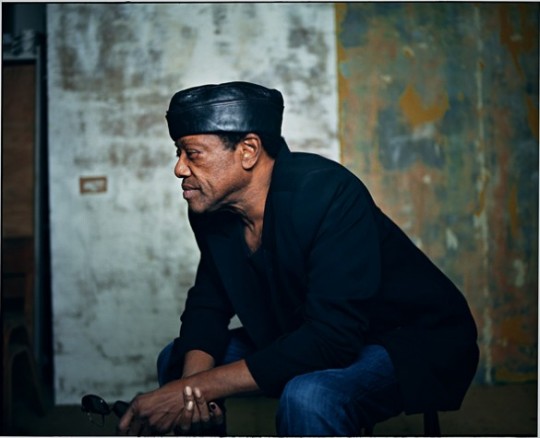 Most of you might not know about this Legend but the music purist should. When we met him at the K-West hotel in Shepard’s Bush it felt like the gods of music heard our prayers, while playing cool and humble, inside our heart it was Fireworks, speaking with this man was one of them experiences that you cherish. The love that we have for his music is more, when you press play in bobby womack record it is an intense feeling that goes deep into your soul. As part of his here is a look behind the scenes at the making of his forthcoming album entitled “The Bravest Man In The Universe” this features some footage of Bobby in the studio with producers Damon Albarn and Richard Russell during the album sessions in late 2011. The Bravest Man In The Universe is released by XL Recordings on 11 June 2012 in the UK.