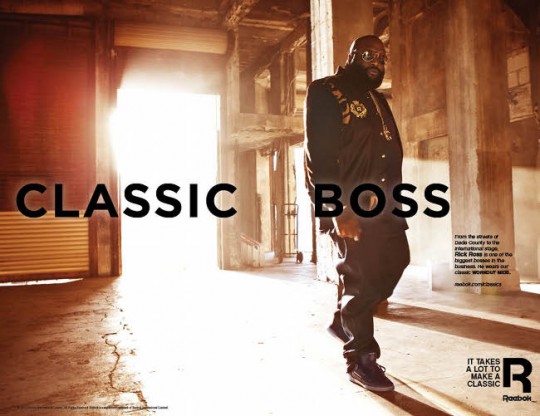 Already over a decade strong, the larger-than-life story of Rick Ross started with him hustling his way through the backstreets of Miami and now continues toward becoming the next hip-hop legacy. Inspired by the energy of the stage and the power of having a voice as a rapper, Ross debuted his first album Port of Miami that started a bidding war among the top record labels in hip-hop and considered by some to be an instant Classic. Now on the verge of releasing his fifth studio album in six years, Ross adds to his impressive lineup including thirteen singles, a compilation album, a soundtrack, and forty music videos. His momentum and reputation in the game keep growing, making Rick Ross hip-hop’s biggest boss and a true Classic in the making.