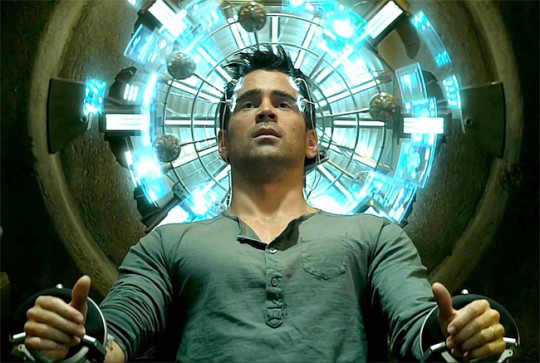 Early 1990’s cult science fiction classic Total Recall originally staring Hollywood stars of cinema Arnold Schwarzenegger and Sharon Stone, is set to be reworked featuring Colin Farrell and Jessica Biel. Directed by of Len Wiseman (Underworld), the trailer highlights the exact same storyline as the 1990 film, updated featuring Colin Farrell who plays the protagonist, Doug Quaid realising that his memories have been replaced with virtual memories from the total recall software package, and his perception of reality has been altered as he can now do things that he previously could only imagine. The action packed trailers cinematic reconstruction depicts a total re imaging of the film including a more realistic, futuristic, forward thinking, modern idea of the concept of Mars adding to the hype surrounding what is tipped to be one of the highest grossing box office hits of the year, released this Summer.