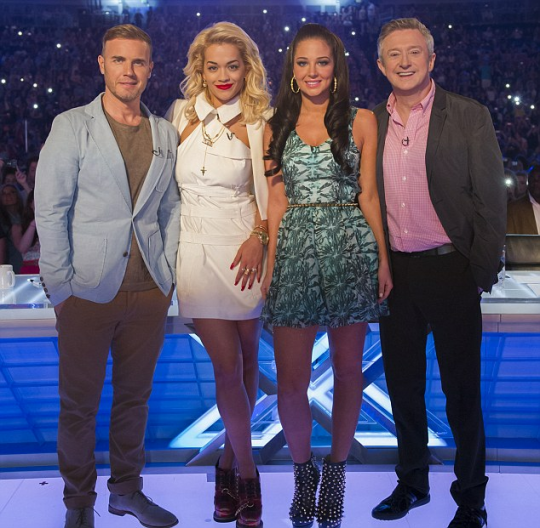 Rita Ora was invited to be a guest judge for the London auditions for this years British X Factor. The Roc Nation Superstar and Style Icon that is Rita Ora joined fellow judges Gary Barlow, Louis Walsh and Tulisa Contostavlos at the O2 Arena in London. X Factor officials are yet to confirm Ms Ora is a permanent addition to the team, however many have expressed concern over the fact that Rita Ora who has managed to score two consecutive number one singles in the UK (R.I.P) and (Hot Right Now) has no business judging others before she has even released a debut album. Leaving many asking the question what does Rita Ora have to offer, A singer who attended the prestigious Sylvia Young Theatre School, grew up in West London, hustled a weekend job at Size on Portobello Road, her talent captured the attention of a US label leading to a record deal with Jay-Z’s Roc Nation, Rita is a brand new artist with fresh ideas, amazing vocal ability, songwriting credits, years of industry experience, style, beauty, charisma and swag, which in our opinion is what the X-factor needs.