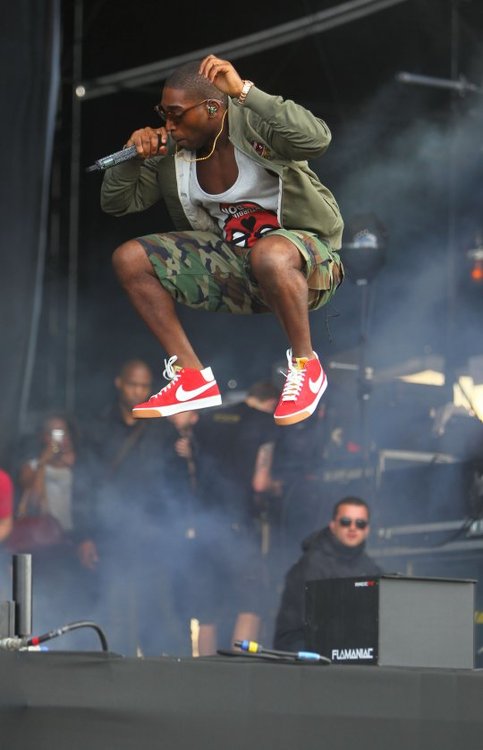 “Currently grafting away at his hotly tipped second album, the unstoppable Tinie Tempah is set to top last year’s incredible Big Weekend performance by returning to wow the crowd at this year’s extravaganza in Hackney.

The last 12 months have been a rollercoaster ride for the South London rap superstar. From winning a host of awards in 2011 including two BRITs, to taking America by storm, the cheeky chappy shows no sign of slowing down, and he’s ready to put on one hell of a show.

With 1Xtra being the first ever station to give Tinie a national platform, the A-Lister has a unique history with the network, from appearing on DJ Cameo’s Pirate Sessions way back in 2005, whilst still at school, to rocking 1Xtra Live and becoming a firm Radio 1 favourite. If you haven’t seen him in action yet, get ready to Pass Out!”