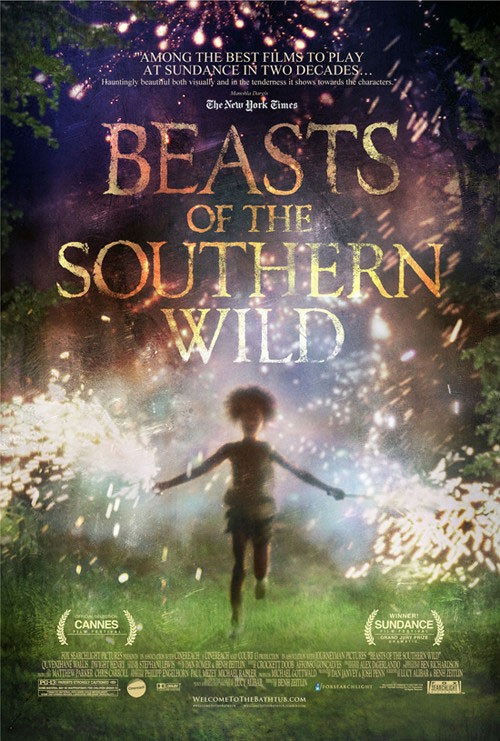 Beasts of the Southern Wild is a 2012 American fantasy drama film directed by Benh Zeitlin and written by Zeitlin and Lucy Alibar from Alibar’s one-act play Juicy and Delicious, Hushpuppy, an intrepid six-year-old girl, lives with her father, Wink, in “the Bathtub”, a southern Delta community at the edge of the world. Wink’s tough love prepares her for the unraveling of the universe; for a time when he’s no longer there to protect her. When Wink contracts a mysterious illness, nature flies out of whack, temperatures rise, and the ice caps melt, unleashing an army of prehistoric creatures called aurochs. With the waters rising, the aurochs coming, and Wink’s health fading, Hushpuppy goes in search of her lost mother. The film won the Caméra d’Or award at the 2012 Cannes Film Festival [4] after competing in the Un Certain Regard section.