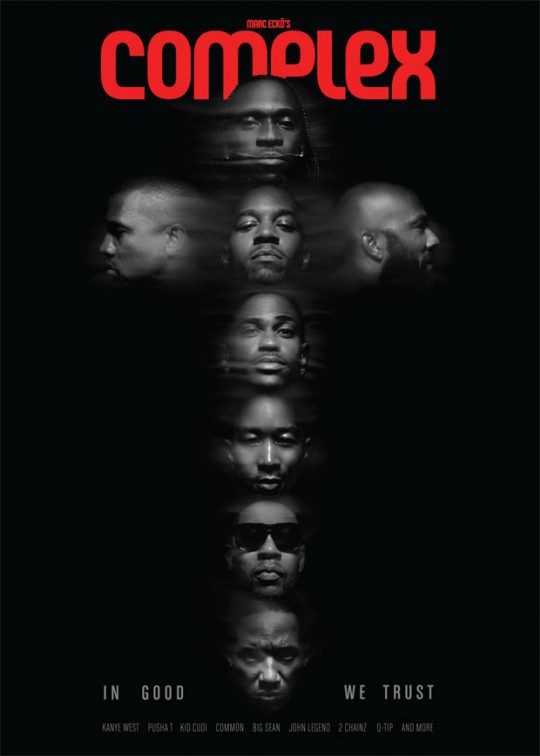 The Good people at Complex Magazine and G.O.O.D. Music Artists such as Common, Pusha T, Big Sean, Kid Cudi, Q-Tip, John Legend and 2 Chainz went in for an interview & a Photo-shoot. Probably the most daring cover Complex came up floating heads forming a cross. While watching the footage you will see them break down talking about being a part of such a strong group of individuals with so much creativity and how they create music. Well the magazine won’t hit the shelves until August 7 & the G.O.O.D music compilation album is set to be available this September 4th 2012.