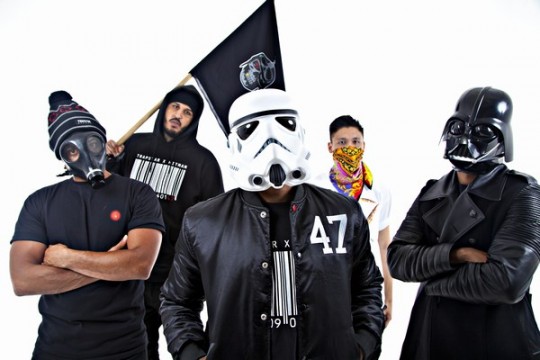 London Very Own Deliver Once Again Here in their Own world…

“Trapstar unveiled the new Trapstar x Hitman editorial video exclusively via the Hunger TV magazine site. The short film which, was shot entirely under water showcases the exclusive collaboration ahead of its launch on November 20th.

Early samples of the Trapstar designs that include the Hitman videogame franchise’s iconic barcode, sniper reticules and the number 47 have already received considerable celebrity backing. Pop Icon Rihanna was spotted in several items during her UK tour, while top British performers Delilah, Angel and QPR striker Djibril Cisse have all modelled the forthcoming collection (images attached).

Joining these stars in supporting the new collection are SBTV founder Jamal Edwards, Kiss FM DJ Logan Sama and Shai Spooner, one of UK’s most up and coming stylists. As well as designing the collection, Mikey Trapstar also provided the art direction for the video with the direction by John Ford.”

Get Ready… The Empire will Strike Back