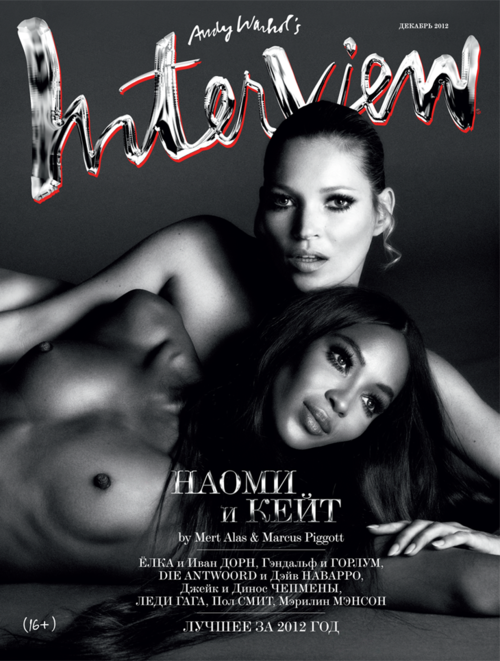 As most Magazines Have been doing lately, INTERVIEW did not miss the rule and finished the year with a BANG with a Special Editorial from Naomi Campbell with as a Title ”Naomi & Kate” shot by Photographer: Mert Alas & Marcus Piggott and Swagged up by Patti Wilson. The two supermodel met in native London remember the good old days and admit they love each other with a Classic Photo-shoot. Check out the two naked heroines on the On the cover of the December anniversary INTERVIEW Russia.