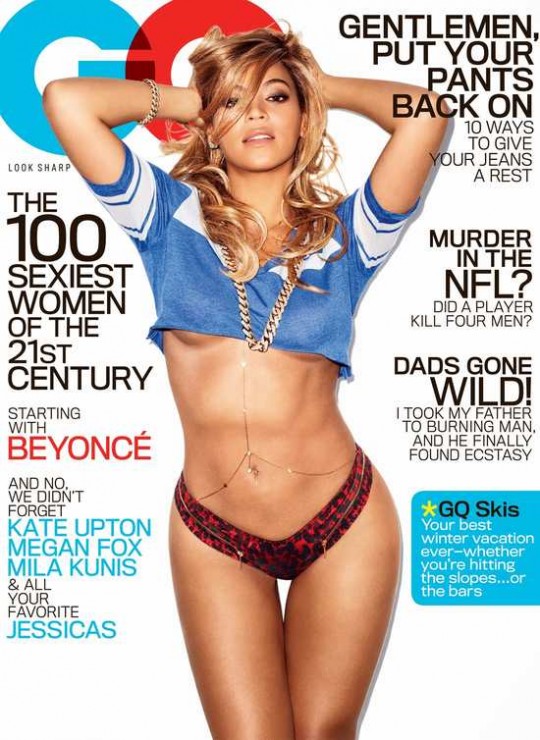 News broke hours ago that an image of sixteen time Grammy Award winning, international superstar Beyonce’s GQ Magazine cover had leaked. King B was photographed for the cover and an editorial spread in GQ Magazine, scheduled as one of many promotional placements which will help promote Beyonce’s fifth studio. The force of nature who gave birth to baby Blu Ivy nearly a year ago looked hotter than ever rocking a revealing midriff baring cut off baseball top and barely there leopard print panties, complementing her overall look. Not even her gold accessories could distract from Beyonce-Knowles Carters insanely sexy body. This single image of Beyonce’s dangerous curves made her an instant trending topic on social network twitter. This in turn sparked a debate as recently reigning queen of the singles charts Rihanna graced the cover of GQ wearing nothing but a leather jacket. I-likeitalot.com would like to know in terms of recent GQ covers who rocked it better?