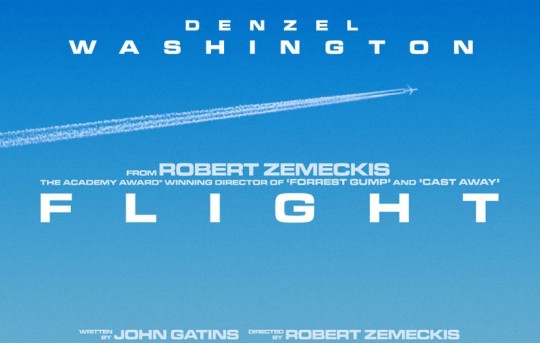 About a week ago I was invited to the Premiere of ‘Flight’ the latest film starring Denzel Washington. Directed by Robert Zemeckis, the man responsible for Back to the Future and Forrest Gump, it’s hard not to imagine this being an entertaining movie.

Is it a great movie? Well, the now ubiquitous phrase, ‘…you can’t go wrong with a Denzel movie,’ is certainly fitting, as Washington excels at portraying a gifted alcoholic pilot named Whip, who manages to save a plane with it’s two hundred passengers from certain death. And he does this with his usual skill and charisma.

From the marketing for the movie, you’d be forgiven for expecting this film to be an intense mystery thriller, about a lone hero struggling against a corporate monolith. However, a stylish opening scene depicting the morning after a very debauched night before, quickly sets the irreverent tone of the movie. Much like an alcoholic the mood of the film jumps up and down, with moments ranging from elation, sadness and genuine hilarity.

The flight sequence is gripping and realistic, while at the same time being steeped in humour… Denzel skill-fully portrays a man in control while the rest of the characters are totally freaking out. Impressive as this scene is, it blends into the rest of the movie and doesn’t feel gratuitous as a set piece. The special effects not too overblown, and the action thankfully has no ‘shakey-cam.’ Also rather than the ‘TV movie of the week’ it could have been, being shot digitally, the use of the latest Red-Cam combined with Carl Zeiss Prime lenses lends a distinctly cinematic quality.

The aftermath of the crash takes us on a physical and mental journey through Denzel’s alcoholism. At times he is charming, out of control, embarrassingly pitiful and mean. And along the way he meets various incarnations of himself in the cancer patient who revels in his addiction to cigarettes, the resolute and gifted lawyer (Don Cheadle,) the drug addict trying to clean herself up ( Kelly Reilly) and the reckless party animal (John Goodman.)

This from the outside could easily be seen as cliched, and indeed there are many moments where the film could have easily fallen into a pit of cliche. Zemeckis is clearly aware of this, and none of these moments play out quite how you expect them to. Along with the colourful array of characters this certainly helps to keep you entertained for the duration of the 2 hour and 20 minute movie.

‘Flight’ may not be the film you’re expecting but is definitely a film for Denzel fans and those who want to see something a little bit different.

It opens in cinemas all over the UK this Friday.