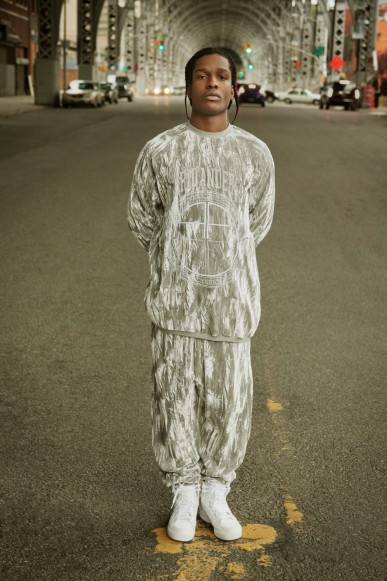 “Ever since his mixtapes and homemade music videos started appearing on the internet A$AP Rocky has been a force to be reckoned with in, not just hip hop, but the music scene as a whole. The 24-year-old rapper from Harlem, New York is not your average rapper, he has no time for rap stereotypes and don’t even think about calling him a gangster. Instead A$AP Rocky (it stands for Always Strive and Prosper in case you were wondering) champions fashion, art and individuality, passions that have led to the artist being on the receiving end of a slew of negative comments and judgement from musical peers. But when we meet Rocky, a mere three weeks after the death of his father, we’re not met by another rap cliché, or an egotistical personality that one might expect from someone of his fame, but instead a charming, dedicated and overall fiercely intelligent individual. Hip hop could do with borrowing A$AP Rocky’s notes.” Read the full interview of A$ap Rocky by Hungertv right HERE