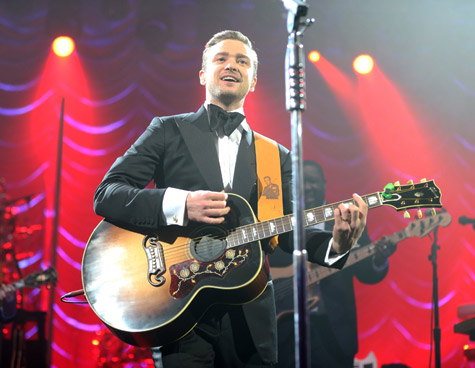 Singer/Actor Justin Timberlake played his first live performance the night before Super Bowl XLVII. Justin Timberlake returned to the stage for his first performance in over four years performing at Super Saturday Night in New Orleans. The dapper “Suit and Tie.” Singer wore a black tux and entertained with a set that included signature hits lifted from albums Justified and Future Sex Love Sound. The hour long show also included the first ever live performance of Suit and Tie featuring Jay Z who joined Justin on stage and helped get the crowd moving. Justin Timberlake is scheduled to perform at the Grammy’s on the 10th February and is expected to releases his third studio album “The 20/20 experience.” in Spring/Summer 2013. Watch the footage in full below.