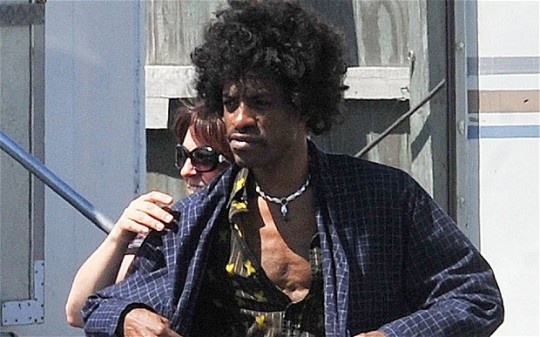 Here is the first picture of Andre 3000 as Jimi Hendrix for the forthcoming biopic of the iconic guitarist entitled All Is By My Side which will be in out September the film. We will see Andre 3000 perform songs by The Beatles and blues legend Muddy Waters that Hendrix himself covered in the ’60s as the movie will not feature any songs recorded or composed by Hendrix himself, as the late guitarist’s estate declined permission.

Here is some comments about the movie

“Jimmy James, an unknown backup guitarist, left New York City for London, England in 1966. A year later he returned — as Jimi Hendrix. All Is By My Side brings authenticity and poignancy to the story of the man behind the legend, and of the people who loved and inspired him.” 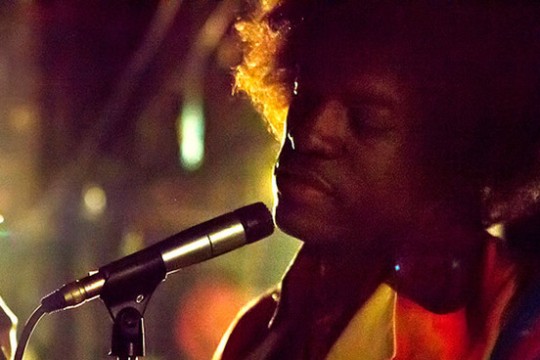