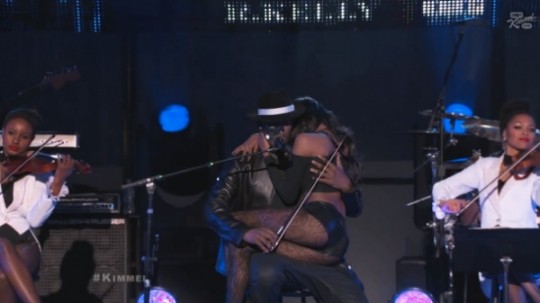 Grammy awars winning R’N’B Lathario R. Kelly was in Hollywood promoting his current album project “Black Panties.” Kels performed live on “Jimmy Kimmel Live.”  taking to the Sony outdoor stage to perform a medley of samples lifted from “Black Panties.” which is released worldwide today. The performance begins with the Pied Piper of R’n’B recreating the album art, and then turns up with his performance of “My Story,” where he brings out self confessed hair weave killer 2 Chainz. Watch the performance and interview clips in full below.