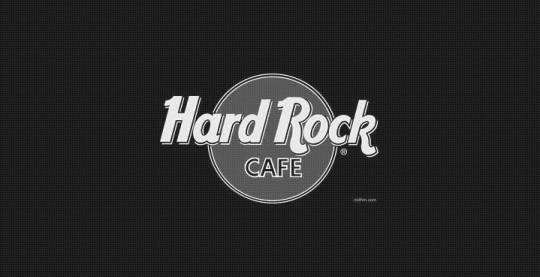 Hard Rock International have just opened their first hotel in Europe, Hard Rock Hotel Ibiza, and the line-up for their 2014 summer festival is set to be something epic.
Imagine being on the Party Island, Ibiza, enjoying the sun, the incredible amenities of this fantastic new hotel and then going to a concert right in the middle of the hotel. Hard Rock Hotel Ibiza is an oasis of entertainment representing the brand’s first beachside European Hard Rock Hotel, located in the most beautiful beach of playa d’en Bossa. Furthermore, the entire hotel features iconic memorabilia to put you in the mood to party like a Rock Star.
This summer, to celebrate their first year and first hotel in Europe, Hard Rock has invited the best, most iconic, outstanding artists of the moment.
The Official Grand Opening Party on the 13th of June will see artists with the calibre of legendary DJ duo Masters at Work and Chic featuring Nile Rodgers and newcomer Brian Cross.
Following that extraordinary first event, the iconic British Reggae band UB40 will take to the stage on June 27th to make us all dance to the early hours.
The week after, “Blurred Lines” performer Robin Thicke will join the party. Thicke is preparing to release his seventh album this summer and will give all party goers a taste of the album at the Hard Rock Hotel Ibiza main stage on the 4th of July.
Swedish duo,Icona Pop, will hit the Hotel on the 11th July with their unique music and signature “bittersweet” lyrics. The “I love it” duo will make everyone dance and sing along, no matter their age or their favourite music genre.
In collaboration with the neighbouring hotel Ushuaia Ibiza Beach Hotel, triple platinum R&B and dance singer-songwriter Jason Derulo is set to draw fans from around the world on the 25th of July.
The distinctive and unforgettable sound of Ellie Goulding will echo around the hotel on the 8th of August.
Tipped as the biggest hip-hop event of the season, multi-platinum hip-hop and reggae icon Snoop Dogg will take the stage on the 15th of August. Accompanied by DJ Sneak, Pete Tong and Brian Cross, this is set to be the star event of the summer.
The following week the amazing Kylie Minogue will be joining the outstanding summer line-up on the 22nd of August. With her 12 studio albums, over 40 Top 40 hits and 68 million record sales during her career so far, you will be sure to be dancing the night away.
Every Friday throughout the summer the best concerts of international groups will be taking the stage at the hotel before an audience of up to 2,500 people of all ages. In addition, pools and various “chill out” areas will also be the scene of spectacular events. The line-up, the parties and the incredible hotel should be enough to make you want to party ‘hard’ at the Hard Rock Hotel Ibiza.
Watch the video which gives you a glimpse of the Hard Rock Resort in full below.