Lin Mei speaks out against her treatment at Dstrkt nightclub 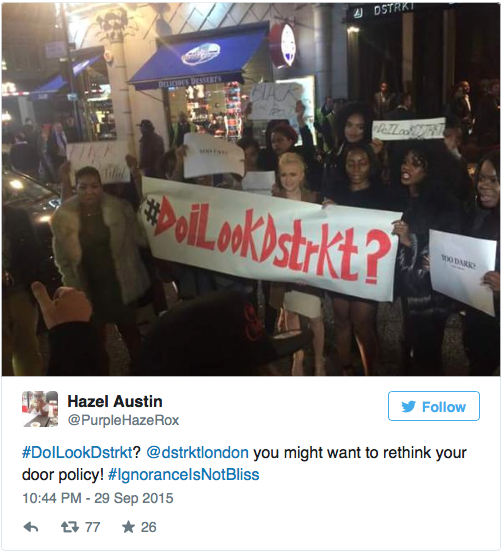 Protests have continued outside west end night club DSTRKT, according to an article posted on Bet.com “Despite DSTRKT denying the reported prejudice.” The club has promised a “thorough investigation” into the allegations.

“The night in question was a very busy night and the women who have made the complaint against the venue arrived without having made any prior reservation with the venue,” the club explained in a statement.

“All our tables were fully booked and we had a full general admission guest list and on that basis alone they were not granted entry.The only people who were allowed entry after the women arrived were allowed in because they had booked in advance.”

The four women claim that two out of their group were met with discrimination. One of the accusers, Zalika Miller, “couldn’t believe the amount of support” they’ve received over social media.

Karrueche Tran, who was at DSTRKT the night after the women were rejected entry, clarified that she was unaware of the alleged incident. “It’s unfortunate to hear about something like that, especially something that I’m part of,” Tran said in an interview. “I’m half African-American too. I have god-sisters and family who have darker skin as well.

Evidence relating to the case in question can be found on social media including text messages from a promoter which DSTRKT alleged did not work for the nightclub hit the internet, a business card which verifies that the promoter in fact worked for the club as well as testimonies from DJ’s and promoters who co sign the discrimination with their own accounts of issues related to discrimination within DSTRKT have forced a variety of celebrities to cancel appearances and boycott the establishment linked to claims of discrimination on the grounds of discrimination and objectification of two of four members who were invited to the club at the request of a promoter as a complimentary, the reason being that the promoter led them to believe management had stated that two women were catergorically “too dark and too fat.” to enter the club on this occasion.

Watch Lin Mei speaks out against her treatment at Dstrkt nightclub, and more footage, captured at last Friday’s protests by i-likeitalo.com below.

The ladies were asked to stand against the wall for cctv viewing by management who according to Daniel Thomas’ deemed two members to dark. SMH which led to…. 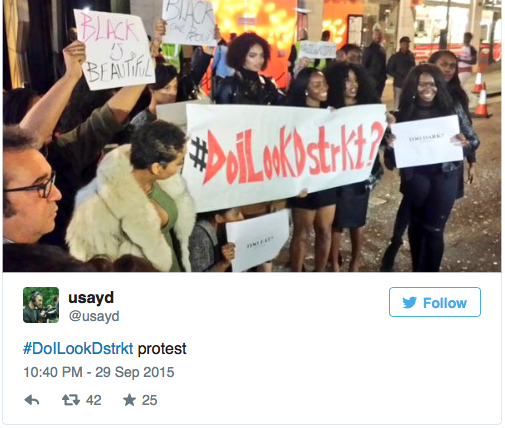 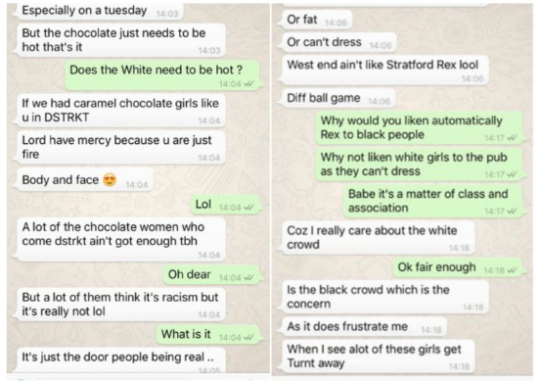